Carl Griffin lived an active life connecting with people and nature, and he worked tirelessly to advance the Conservancy’s impact. Your gift in his memory will help continue his legacy to conserve, care for, and connect with the best of the Inland Northwest.

Or use the form below

In memory of Carl Griffin 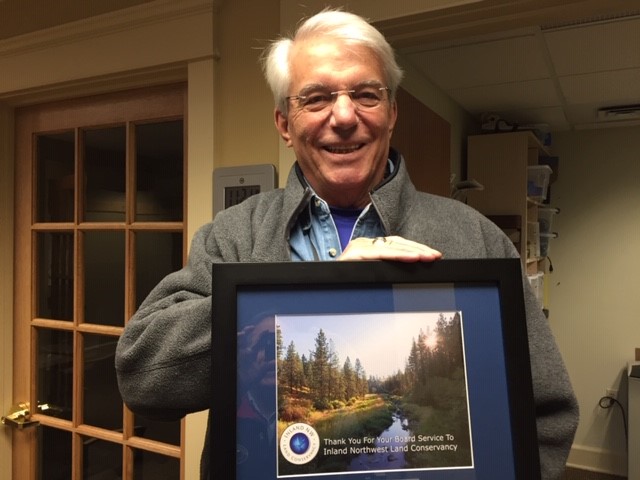 The Conservancy has been blessed with a host of committed and influential board members over our 30-year history, but Carl Griffin stands out as having been the right leader at the right time, and his spirit will continue to have lasting impact in our work, despite his untimely passing at the end of May 2022.

While serving as board president, Carl oversaw the Conservancy’s operations and helped maintain stability during a challenging transition between executive directors. During that 18-month period he spent countless hours in the office, sleeves rolled up, working alongside Chris, Vicki, and Jolene to keep our projects on track, to assist in fundraising, and to engage the board in pitching in to help.

After I was hired in September 2017, Carl and his loyal companion Rascal continued their regular visits to the office to, in his words, “check up on the kids.” I simultaneously relished these visits because of Carl’s infectious smile, good humor, and cheerful irreverence, while slightly dreading the challenging questions that I knew he’d ask when we sat down together in my office.

Carl had given me a glimpse of this on my very first day on the job when he sat me down and said, leaning forward with tented fingers and pursed mouth, “I trust you. The board trusts you. And we’re going to support you in the direction you want to take this organization… Just don’t f^#k it up!” And then he threw his head back and gave his signature wide-mouthed, shoulder-shaking, laugh.

That moment captured Carl’s “generous accountability” approach to his work with me over the past five years – the first two as my direct supervisor, and the remaining three, in his words, as “recently deposed President.” Generous with his humor, advice, confidence, and support, while keeping a discerning eye on the mission impact, financial implications, and long-term consequences of the many projects we worked on together.

The last time we spoke, in early May, I had called him to suggest that we plan a fall get-together with his former board-mates from five years ago to celebrate the Conservancy’s many remarkable accomplishments that he (and they) had a hand in advancing. While he admitted that he wasn’t doing too well health-wise, he liked the idea of “getting the band back together for a party,” and we signed off making promises to go for a planning walk in the next couple weeks at Waikiki Springs Nature Preserve – one of his favorite places to explore with his new dog Hunter.

Sadly, those weeks slipped by, and now so to, has he.

Thank you, Carl, for giving me the opportunity, space, and confidence to grow as a leader of the Conservancy. I miss your smile, your tough questions, your humor, your friendship, and your commitment to helping us expand our impact. 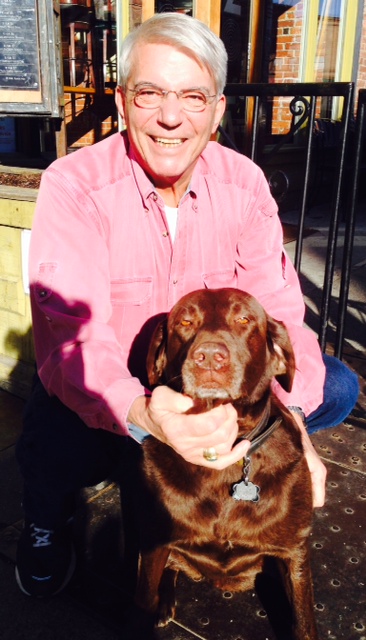 Carl Griffin was my buddy at the Conservancy for nearly eight years. He found the Conservancy through a mutual friend and he never left us. He championed the Conservancy to his friends, and ever the salesman he would find the best deal for the land and the land conservancy. We walked the lands together many times, at Reardan and Saltese and Rimrock and Riverside and elsewhere. Carl and his chocolate lab Rascal and I roamed the Hershey property near Bear Lake on one memorably sloppy winter day early on, and Carl brought the sunshine to the day. Carl often brought Rascal to our Land Protection Committee meetings. Rascal at his feet, Budweiser at hand, Carl would tip back in his chair and with a twinkle in his eye, get at the real reasons we should protect land. Carl was the real rascal, the friend you wanted, to keep you laughing, and you knew he had your back. I miss him, and his ribbing, a lot.